Hereunder article from Daniel Lang tells of an interesting topic about the strategic plan of the Chinese government to expand its military clout worldwide. China's People's Liberation Army (Navy) is going global. With its adventurous island-grabbing in West Philippine Sea, PLA (N) is now making its presence in Africa.

So, from constructing an airstrip on a reclaimed area in Spratly Islands, the Chinese is now building a navy installation about four miles from Camp Lemonnier--United States' military base of Combined Joint Task Force-Horn of Africa.

In my book The Zhongguo Orchestra, I have discussed China's long-term objective of displacing the United States as the primary global power; and with the PLA increasing its military budget and expanding its armed forces, the Chinese keep the American military planners in Pentagon glued on their drawing tables as they strategize to counter the looming threat from Beijing.

Below is Lang's article.

For most of its recent history, China has largely been a land power with no significant naval capabilities. They haven’t been able to exert much military influence beyond their coastline for hundreds of years. In fact, one of the reasons why Western powers had no trouble bullying China during the 19th and 20th centuries, was because the Imperial Navy under the Qing dynasty was incredibly weak. With that in mind, it’s no surprise that lately, China has been putting a lot of effort into building an effective overseas naval force.
Not only have they been busy constructing their first combat-ready aircraft carrier, the Chinese have also been developing new aircrafts to accompany it. Of course, a navy can’t really exert much military influence if it doesn’t have soldiers to deploy. That’s why Chinese officials have recently announced that they are preparing to rapidly expand the ranks of the People’s Liberation Army Marine Corps.

Chinese media is reporting the People’s Liberation Army’s ambitious new plans following the announcement of a 7 per cent increase to $AU200 billion in defence spending last week. Among the details to emerge is a move to boost China’s marine corps — highly trained and well equipped troops intended for rapid deployment and offensive missions launched from the sea — from an existing 20,000 troops to more than 100,000.

Chinese officials have stated this is to protect arterial maritime trade routes and enforce its growing overseas interests.

“What growing overseas interests” you might ask? Well, China has been in the process of building their first overseas military base in Djibouti, on the Horn of Africa. And that base is expected to be completed this summer.

Marine Gen. Thomas Waldhauser, commander of AfriCom, told the Senate Armed Services Committee that he expected the Chinese base on the Horn of Africa to be operational later this summer. Without getting specific, Waldhauser said he recently met with Djibouti’s President Ismail Omar Guelleh “and expressed our concerns about some of the things that are important to us about what the Chinese should not do at that location.”

The Chinese base would be about four miles from the U.S. base at Camp Lemonnier, one of the Pentagon’s largest and most important foreign military installations, where about 3,000 U.S. military personnel and contractors are assigned to Combined Joint Task Force-Horn of Africa.

Given that base’s close proximity to Camp Lemonnier, China’s intentions are obvious. They want what the United States has, which is a vast overseas empire, and an expeditionary force that can reach any coastline in the world. They want to compete with our current role in the global theater. Unfortunately, there isn’t enough room in the world for two countries carrying out that role. We may very well be witnessing the first stages of a new conflict between the United States and China.
(Authored by Daniel Lang, Beijing Goes Global: China to Expand Marine Force by 400%; First Overseas Military Base Almost Complete, March 17, 2017. From SHTFplan.com)

Posted by Jos Ilagan at 5:53 PM No comments: 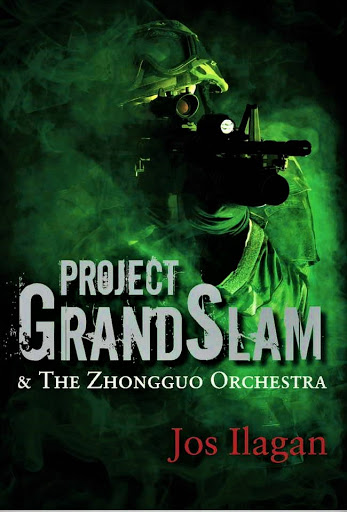