Personal Security Measures: How to Protect Yourself from Postal Bomb 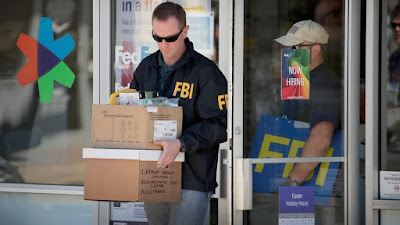 The spate of bombings that took place in Austin, Texas from March 2 to 20 this year had put the nation on edge.  Five package bombs exploded. Two people killed. Five critically injured.
For three weeks the lingering questions in the minds of law enforcers were: Is this another Ted “Unabomber” Kaczynski-style operation? Is the bomber (or bombers) domestic-bred or from a foreign group? What’s the bomber’s motive or objective?
The news report later revealed that the bombings were the handiworks of Mark Anthony Conditt, a self-professed psychopath who detonated a bomb and blew up himself when the police pulled him over on March 21.
Now, would this kind of terroristic act also happen in a place like Santa Clarita Valley? Yes, it could. In my eight years in counter-terrorism operations, I would say terrorists know no boundaries—they strike in rural and urban areas, in populated and isolated places.
Postal bomb is one of the methods used by terrorists in sowing chaos. A bomb of choice could be in the form of explosive or incendiary device. They come in envelopes no thicker than one-fourth inch or packages not more than twenty-two pounds in weight.
So, what do we do to protect ourselves and our families? Two words—be vigilant. Always be observant at home and at work for any suspicious mails.
Below are pointers in handling postal deliveries. Although they’re designed for persons working in sensitive-government positions overseas and for executives in multinational corporations, personal security, however, is everyone’s responsibility, and so the succeeding guidelines apply to all even to the Santa Claritans.
The bomb can explode when opening the mail so one must be aware of the following tell-tale signs in handling a letter or a package.

●     Do you normally receive letters or parcels from domestic or abroad? Pay attention to the foreign name and address of the sender.
●     A key to look for is the postmark. Do you recognize the writing? Is it written in foreign style?
●     Is the letter or parcel balanced? If it’s lopsided, treat it as a suspect.
●     If the weight is excessive for its size, treat it as a suspect.
●     Are there any small holes that could’ve resulted from wire punctures?
●     Are there any grease or stain marks that could’ve caused by explosive sweating?
●     Is there an unusual scent or aroma coming from the letter or parcel, something like the smell of almonds?
●     In case of a letter (usually in brown envelope), check if there’s a stiffer that holds the content flat—like cardboard or metal.
●     If the feel isn’t like just a folded paper inside, treat the envelope as a suspect.
●     Check if there are any unusual outlines if you hold the envelope up to the light.
●     Is the flap of the envelope sealed completely? Usually there’s a small gap on both sides. If so, treat it as a suspect.

What to do and not to do when you receive a suspected postal bomb in the office or at home:

What’s the chance of Austin-like incidents happening in Santa Clarita Valley? Not even one-percent. So why this article? Just a heads-up so you or your family members won’t become part of the 0.99-percent targets. There will always be copycats. Remember Thanh Cong Phan from Washington who mailed postal bombs to US military facilities and to the CIA HQS at the time Conditt is wreaking havoc in Texas?
Lastly, I would’ve you think twice of letting your minor children get the packages from your porch or mail box. I’m sure they want to help, and you want to see them off their Xbox and PlayStation. I never let mine. Paranoia? Friend, we’re living in different times.
Please take note, security is always inconvenient, but it’ll keep you and your loved ones safe.
Posted by Jos Ilagan at 10:50 PM No comments:

Yes, You Can be a Published Author, Too! 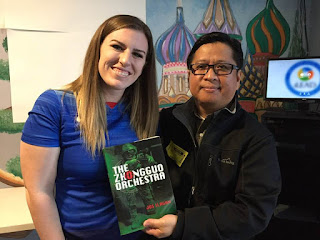 (Photo: With Alexa Hale, Project Based Learning teacher of SCVi)

It was a privilege to speak at the Santa Clarita Valley International School (SCVi) in Castaic, CA. Speaking in front of 60 sixth-graders and inspiring them to be creative writers was an awesome experience. I got a positive feedback from the students. Captive audience all. Now they are ready to write their own book for the Storybird Project. A copy of the following article was handed to students to remind them that they can be a published author too like me.

So, you want to write a book?  I’m telling you, it’s not an easy goal. But if you have the discipline and perseverance in your system, then you can be a published author.
It took me 15 years to finish my novel The Zhongguo Orchestra—ten years of day dreaming and five years of actual writing.
Yes, those ten lost years didn’t amount to anything except that it filled my dream basket with buts and ifs.  Doubts were my unwelcomed visitors and later on became my unwanted companions.  In those fledgling years, my enthusiasm for writing waned, and at times, a week passed by without even a single page to credit.  Unbelief led to procrastination.  I almost gave up on writing and thought of letting The Zhongguo Orchestra die a natural death.  I prepared for its wake and was ready to mourn its passing.
You see, unlike other writers who pride themselves with a BA in English or an MFA in Creative Writing, I admit I have neither one of those coveted degrees.  Nevertheless, the dearth of writing skills didn’t discourage me from moving on; on the contrary, it bolstered me even more to work harder.
To hone my writing skills, I became a self-educated writer.  I read some How to Write articles on the internet and borrowed reference materials from the library.  I also bought books on creative writings and slowly built myself a mini-library.  I went further and subscribed to magazines like Writer’s Digest and Poets & Writers.  A writer must be a reader first!
Some of the books I read were How to Write a Thriller, Grammatically Correct, 38 Most Common Fiction Writing Mistakes, Rewrite Right, St. Martin's Guide to Writing, Writer to Writer, Self-Editing for Fiction Writers, Plot & Structure, and other self-help books.  I also read the creations of some great novelists like Sir Arthur Conan Doyle, Frederick Forsyth, Robert Ludlum, and Ken Follett.  Tom Clancy showed up later in my writing life.
If you want to improve your writing skills, you must study the great works of those master-storytellers.
My manuscript didn't come out easily.  I juggled everything in life – family, full-time job, and church activities. Writing always showed up at the bottom of my schedule.  I got my solitude only when everyone at home was asleep.  My creative juices usually flowed from ten at night to one in the morning.  So imagine it was hard for me going to work on the following morning half-dead like a zombie.
The last two years of writing The Zhongguo Orchestra was a grueling experience for me.  I felt like I’ve sailed into the unknown depth of literary seas fishing for elusive words that often escaped my convoluted mind.  It was an arduous struggle from the start, and more than anything else, the process tested my patience and sanity.
My indomitable will prodded me to go through those difficult years.  And during these times, a small voice—could be from an angel!—cajoled me relentlessly and said I have a good story to share with the world.  This angel encouraged me often and said, “Don’t give up, Daddy!”
So I pressed on and I worked harder than ever before.  I found my creative thoughts flowed naturally this time.  I saw how my story metamorphosed from a lethargic draft to a promising manuscript.  Afterwards, I started forming Beta Readers—friends who’d provided critiques of my manuscript without getting any compensations.  The last year was nerve-racking for me, given all the writing and rewriting and editing, and everything that came in between that cycle.
Finally, The Zhongguo Orchestra came out but not without experiencing the blood, sweat, and tears of writing.  Oh, the joy and pain of writing!
You see, some writers have natural flairs, and their literary wells overflow with the abundance of words.  Those skilled ones could produce a novel in a three-month time or even in one month! You heard about NaNoWriMo?  I envy those gifted writers, really.  Me? I’m just an ordinary guy with two simple writing traits:  discipline and perseverance – two enviable qualities that helped me complete my book.
Let me share you some points-to-ponder from Andre Jute, author of Reverse Negative.  In his book Writing a Thriller, he said, “A Nobel laureate told me that, within a six block radius of the pub we were in, there were a hundred better writers than either of us . . . The difference between us, as published writers, and them as unpublished writers . . . was merely that we sat down and wrote a page a day or ten pages a day . . . and they didn’t.”  He also said, “The writer’s greatest virtue is never to give up.  If you were born stubborn, obstinate and plain pig-headed, you have a good start.” Wow.
So now, do you really want to write a book and become a published author?  Well, the only thing that can stop you from achieving your goal is—You! Take it from me—an ESL author. I hope my story will motivate you to write if nothing else.  Quit dreaming, and start writing!  sDg.

Posted by Jos Ilagan at 7:16 PM No comments: 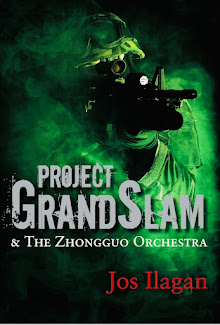 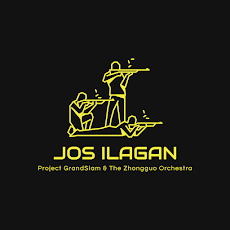